Studies confirmed that Saw Palmetto can skyrocket men into a whole different league.†

Massively underused in modern times, Saw Palmetto is a treasure trove for men who are after real results.

Saw Palmetto, also known as Serenoa repens, is a palm indigenous to the southeastern part of the United States. Aside from its distinctive fan-like thorny leaves, Saw Palmetto is also known for its nutritional fruits.

Its berries are used to make medicine and nutritional supplement. The Seminole tribe in Florida ate the berries of the saw palmetto. The Seminole men also used the berries to treat reproductive and urinary problems caused by an enlarged prostate gland. Aside from that, the saw palmetto berries are also used by the said tribe to treat indigestion, infertility, insomnia, and cough.

An unexpected benefit of the Saw Palmetto berries is that it prevented hair loss, especially in men. 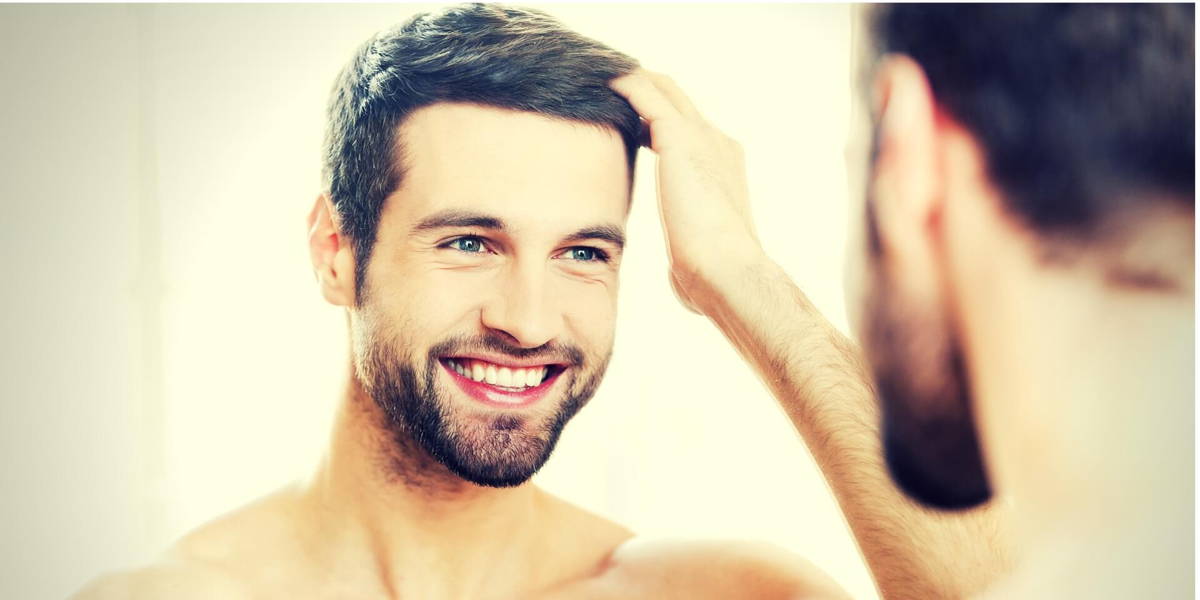 Studies suggest that active compounds in saw palmetto can help control hair loss... But that's not all.†

Because let's face it, no one would cross half the globe after some rare plant only for the control of hair loss. Pfft. Men need a more tangible reward for that kind of quest.

In modern days, the saw palmetto is used similarly. But scientists and doctors have found more benefits of this wonder plant.

As earlier mentioned, saw palmetto prevents hair loss in men which is usually brought about by hormonal imbalance, genetics, and the use of certain medications. (1)

Studies show that saw palmetto prevents hair loss by reducing the conversion of testosterone into dihydrotestosterone, a sex hormone that is linked to hair loss. It was shown that the use of topical and oral saw palmetto supplements improved hair quality by 60%. It is practically nature’s answer to male-pattern baldness.

Saw palmetto is not as popular as other natural supplements like ginseng, gingko biloba, and turmeric but its benefits are outstanding! This is why delivery of timely and updated information and news on health and wellness is a must.

But where do you get that kind of knowledge?

It also improves prostate health. The prostate is the gland that is responsible for protecting and nourishing sperm. Therefore, saw palmetto is good for men who have problems with their sperm health and sperm count.

Some studies also suggest that it can prevent issues like benign prostate hyperplasia (BPH) and prostate cancer. Other people use saw palmetto to ease the symptoms of BPH like painful urination. It can also decrease the need to urinate at night.

Some studies suggest that it has anti-inflammatory properties. Additionally, it also increases the antioxidants in the body.

Most men have ZERO idea about rare herbs like saw palmetto. The competition is low, the potential benefits are epic.

Because of the positive effect of saw palmetto in stabilizing testosterone, it also increases the sex drive of not only men, but also women. This would mean that saw palmetto can also be taken by women to increase their libido. Furthermore, studies also show that increased sex drive also affects the production of egg cells and sperm cells, thereby increasing fertility. (2)

Stabilized testosterone levels would also mean an improvement in a person’s mood and even weight and body composition. As men get older, the testosterone levels fall. This is why men have difficulty in losing weight as they age. Saw palmetto can also help in weight loss.

Saw Palmetto is available in many forms – capsule, tablet, soft gel, dried, powdered, and even in tea form. Saw Palmetto is such an all-around supplement and can be taken in so many ways but why is it not that popular in the market? It’s because not many know about it.

But let's drop the matter of saw palmetto for now.